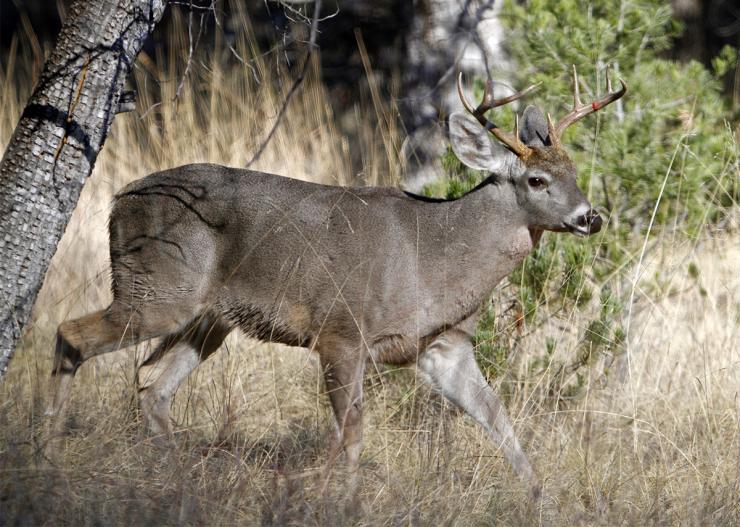 5 Steps to Killing a Coues Whitetail

Coues whitetails are foreign to many hunters. Found in the cactus-cursed parts of southwestern New Mexico and southeastern Arizona to the Mexican states of Sonora, Chihuahua and Sinaloa, they have gained near cult status with desert rats who pursue them obsessively. So here are five steps to killing one if you never have

They are an enigma of elegance set aside a harsh land of scant provisions at elevations between 3,500 and 7,500 feet. The dainty Coues seldom weighs more than 100 pounds, appearing ill-equipped to reside in unforgiving desert country, but it copes quite well. Due to its elfin dimensions and its unique habitat, the Boone & Crockett Club created a separate category for the Coues whitetail, setting them apart from other subspecies of Odocoileus virginianus. Successfully hunting the Coues is just as novel as the beast that inspires the passion.

2. Hunt Where They Are

Hunting Coues is challenging, no doubt, but pursuing a book deer, one surpassing B&C’s 110-inch minimum, is an entirely different ballgame. Scouting becomes ultra critical, even if that means only checking out an area during a spare day prior to the season opener. Before you even arrive on the ground you should have scrutinized maps and talked to area game biologists and ranchers. Scouting is everything in this dodge, especially when looking for an exceptional deer.

When pursuing the very biggest Coues, at least on public land in the states (to hunt Mexico legally you must hire an outfitter, and quality hunts can start at $4,500), you must hunt where others will not or cannot.

3. Use the Right Tactics

Jack O’Conner touted the Coues as the toughest of all big game. If the biting, stabbing vegetation and loose cobble stone ground of Coues habitat are not enough to test you, the deer is also a master of the cat-and-mouse game. Coues are the color of shadow and routinely vanish in cover that would barely hide a ring-necked pheasant.

Hunting Coues deer is all about long-distance spying, working with powerful optics to see animals before they see you. This includes using rough country to your advantage, gaining the high ground before good light arrives and positioning yourself on a vantage that commands plenty of glassing country. Once in place, you should not be in a great hurry to abandon your post. You’ll need a quality pair of high-objective binoculars in the 10- to 15-power class. Don’t scrimp on quality, as Coues country is vast and broken and you will need top-drawer resolution and rock-steady characteristics. A spotting scope is also important for determining trophy quality.

Begin glassing as the sun sheds its warming glow on high ridges and bowls. Being cold natured, Coues normally aren’t anxious to move on chilly mornings. Carefully put your glass to work on sunny hillsides and ridges, looking for movement most of all but also soft shapes and horizontal back lines against warming boulders, rock ledges or scrub vegetation. These are the most productive hours of each day to locate a buck.

As the day progresses and temperatures climb (desert temperatures can fluctuate 40 degrees between night and day), Coues will invariably seek shade such as a rock ledge, squat cedar or mountain mahogany bush, and bed for a few hours. Normally the animals become stiff or are pushed from their shade by a turning Earth around noon, resulting in another short flurry of activity. Though deer might move at any time of day, Coues hunting often involves glassing for bedded animals.

4. Know How to Judge One

You can’t kill a big buck if you shoot a small buck first. Before I killed my 117-inch typical and another battle-broken 104-inch buck the following year, I passed on lesser bucks. In order to do this with some amount of confidence you must have a good understanding of what a buck scores. Understand when it comes to Coues, small differences in configuration can make a big difference in final score; 10 to 15 inches may separate a good buck from a giant. Use the ear for a length reference and eye for circumference as measuring standards while field judging. The Coues deer’s ear is about 6 inches long, base to tip, and its eye is about 2 inches in diameter.

Describing the makeup of a standard trophy Coues is a guess in many variables, although some keys are certainly important. A typical Coues sports eight points (four to a side including brows). The rare 5×5 is typically a shoe-in for the books. Non-typical Coues are so rare only about 45 have been recorded to this date (120-inch minimum). You best shoot any decent non-typical you see.

5. Be Prepared to Shoot

In the Coues game, when it comes to shooting, think long — very long — no matter your weapon. When after behemoth Coues it often comes down to taking the shots you’re given or none at all. That might be a long poke across a wide canyon, so flat-shooting calibers rule here. A .300 magnum isn’t overkill if the wind is howling.

Bowhunters are in for the ultimate challenge. There’s simply no big-game animal more difficult to tag with a bow than the Coues. Long-range shots at small targets are one reason why. When it comes to “standard” archery Coues ranges, 40 yards is considered close. Laser range-finders, today’s hottest bows, featherweight carbon arrows and streamlined mechanical broadheads have blurred the line of ethical limits considerably. It requires work and dedication, but I admit many of my bow-killed Coues have been taken at ranges from 65 to 75 yards.

A trophy Coues buck, outside an expensive Old Mexico guided hunt, is the toughest facet of completing a deer slam. The deer itself, the countryside and sometimes the weather will wear down a hunter who is thin on patience. A trophy Coues is anything but predictable, and a hunter must hunt wisely and patiently. By first scouting diligently, hunting smart with quality optics, and hunting harder than others are willing, a hunter can make his Coues dream into a reality. Returning thorn-torn, muscle-achy, sunburned and out of humor is often a consequence of the game, soothed only by the elixir of knowing you’ve collected one of hunting’s most hard-won trophies.

Editor’s note: This was originally published in 2005. From: https://www.realtree.com/deer-hunting/articles/the-toughest-deer

What you can read next 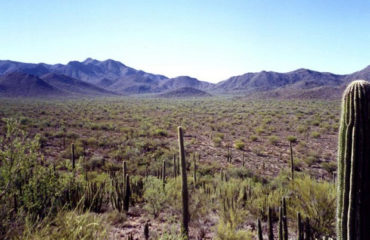 How to Hunt Sonora for Mule Deer and Coues 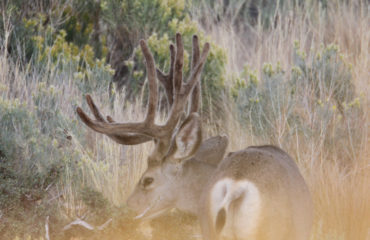 Tactics for Scouting Mule Deer in their Summer Range

This season is YOURS! Contact us to book your hunting adventure!

We are a specialized and personalized outfitting and guiding service for Mule Deer and Coues Deer hunts in Sonora Mexico.

From December 1st to February 4th